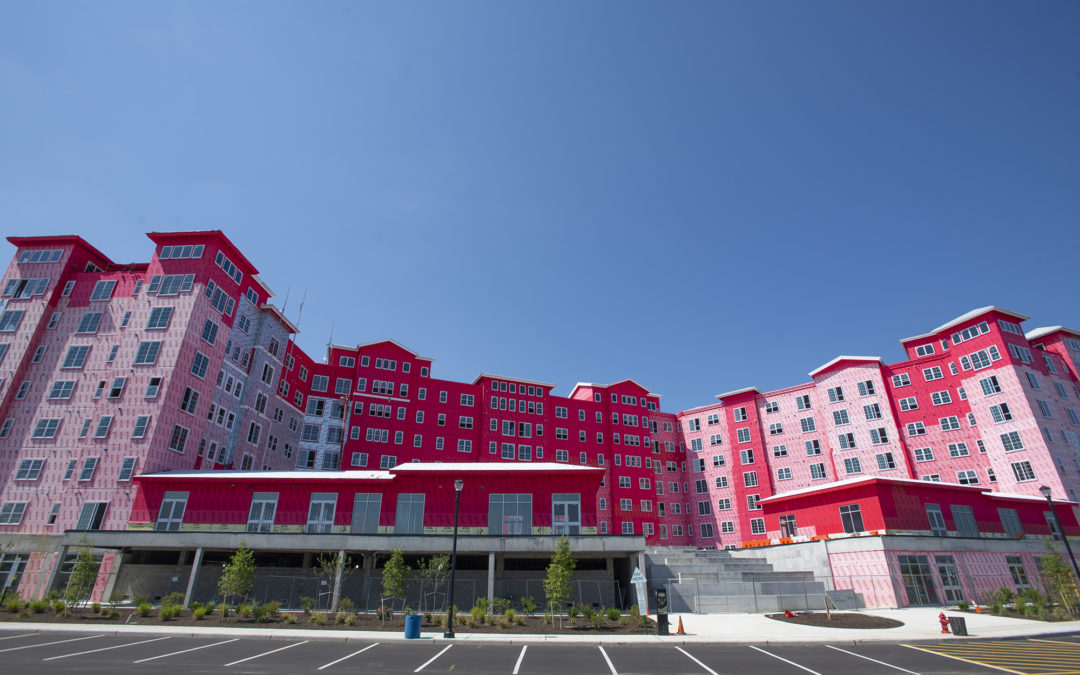 Watching coverage of recent storms ravaging the Carolinas and the Florida Panhandle, we can’t help but think about Superstorm Sandy and the havoc it wreaked upon New Jersey in 2012.

Among the hardest hit Jersey shore towns was Keansburg in Monmouth County. The low lying community is bordered to the north by the Raritan Bay and Sandy Hook Bay and to the west by Waackaack Creek, making it especially susceptible to flooding and coastal erosion.

With 98% of the borough designated as a flood hazard area, Keansburg stood no chance against mighty Sandy. The storm destroyed homes, businesses, the police station and its best known landmark, the oldest boardwalk amusement park in New Jersey. Recovery would entail not just rebuilding, but long-term planning to avoid devastation in the event of future storms. It would take great vision and a healthy dose of hope. 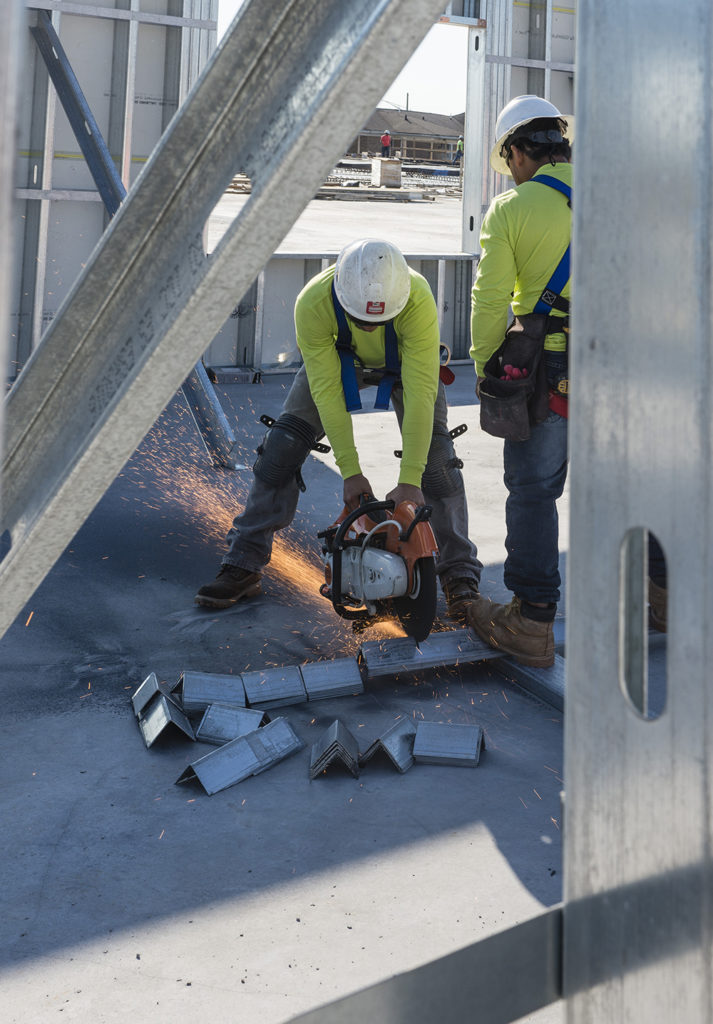 In the wake of the storm, the Garden State adopted the motto:  Jersey Strong. This “never give up” attitude drove ambitious rebuilding efforts. One of the most notable is Cove on the Bay, the largest development project in Keansburg since Sandy.

Panel Pros, a division of Construction Pros of NJ, was brought on by Montclair-based RPM Development to create the Super Structure System for Cove on the Bay, a complex 9-story high rise with many angles and turns.  We have a long-standing relationship with RPM and they knew from experience why the prefabricated metal stud wall panels we engineer, fabricate and install were a perfect match for the Keansburg project.

During the design stage, metal stud wall panel fabrication allows our team to coordinate with all trades, which helps expedite the schedule and keeps the job running smoothly. Upon completion, we walked away feeling proud of having contributed to the rebirth of Keansburg. 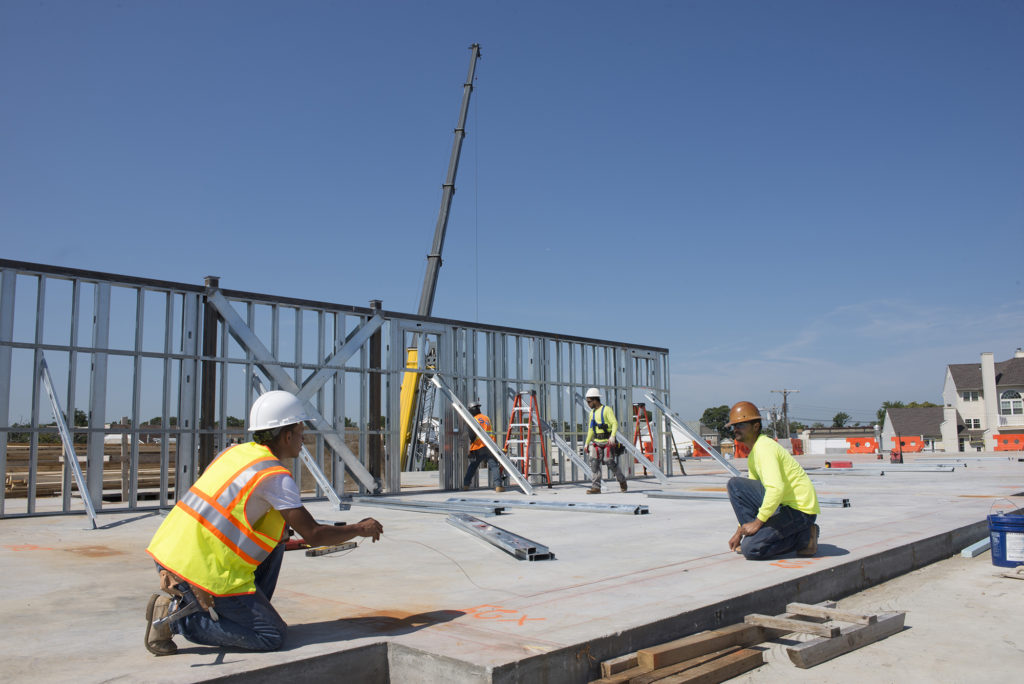 Later this year, when Cove on the Bay is ready for occupancy, residents will call the 186 luxury apartments home and the economy of the small town will be stronger as businesses settle into street-level retail spaces.  And all will enjoy the stunning waterfront views of the Raritan Bay.

The wounds from hurricanes Florence and Michael are still raw. But we hope New Jersey can be a strong role model for rebuilding in the months and years ahead.

Panel Pros, a Division of Construction Pros of NJ, is an industry leader in engineering, fabricating and installing prefab metal stud wall panels for residential and commercial real estate developers. Panel Pros specializes in panelized metal stud framing for projects in New York, New Jersey and Massachusetts as well as throughout the eastern United States. To learn more, contact 888-377-3176.